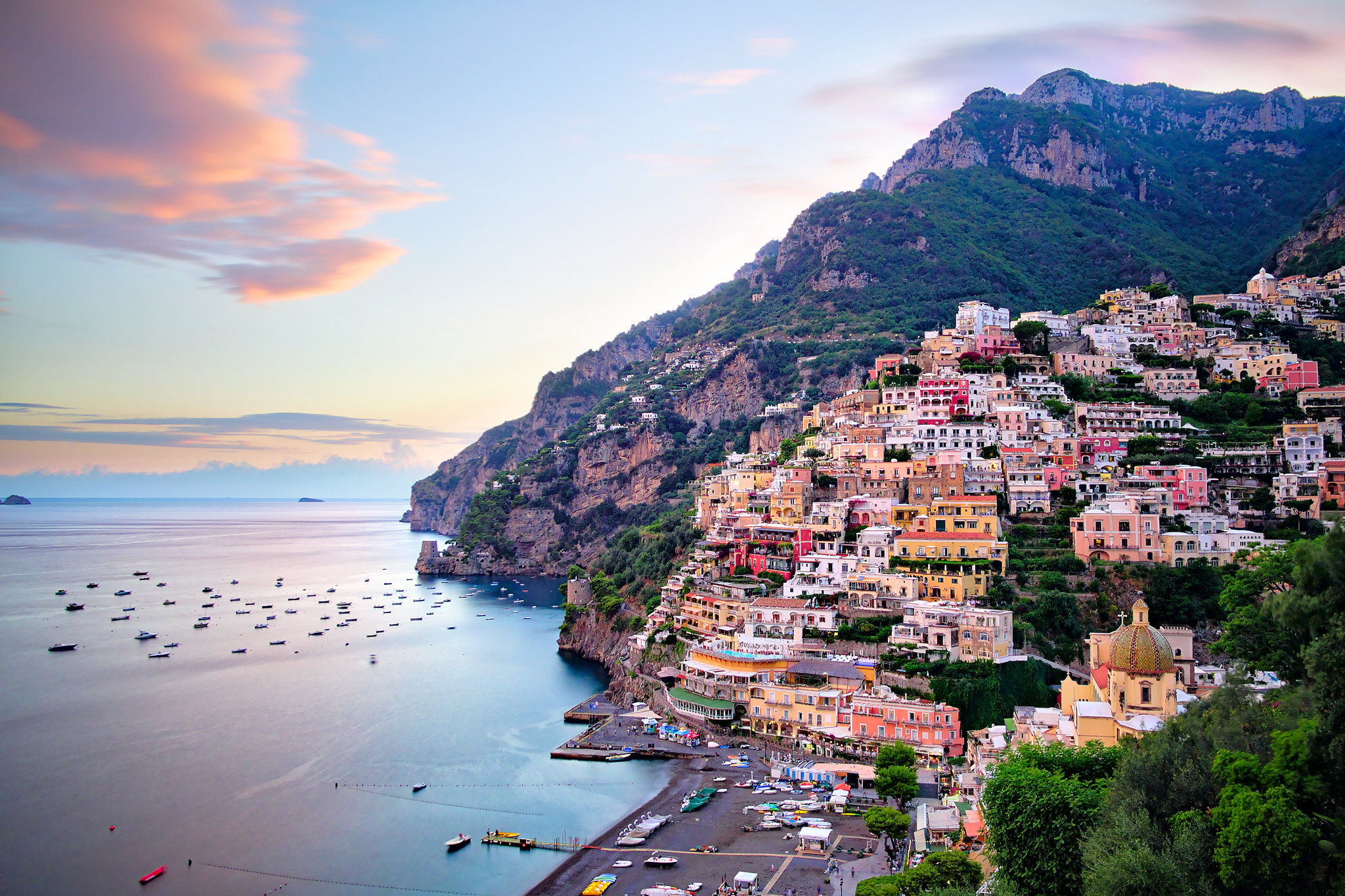 Positano (Campanian: Pasitano) is a village and comune on the Amalfi Coast (Province of Salerno), in Campania, Italy, mainly in an enclave in the hills leading down to the coast. Positano has been featured in several films, including Only You (1994), and Under the Tuscan Sun (2003), as well as more recently in Kath 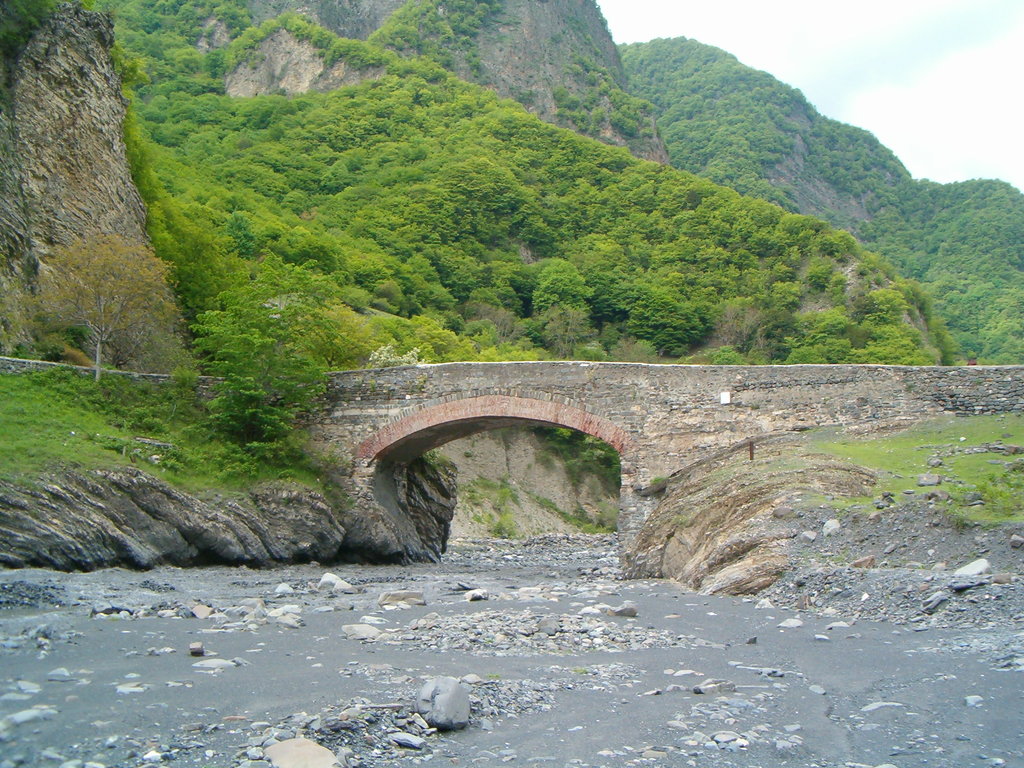 The small, stone-built village of Ilisu is set in the beautiful Qaracay Valley, nicknamed Qax's 'mini-Switzerland'. It is located amid dense woods at the foot of the Caucasus mountains, under Mt. Ahvay, not far from the border with Dagestan (Russian 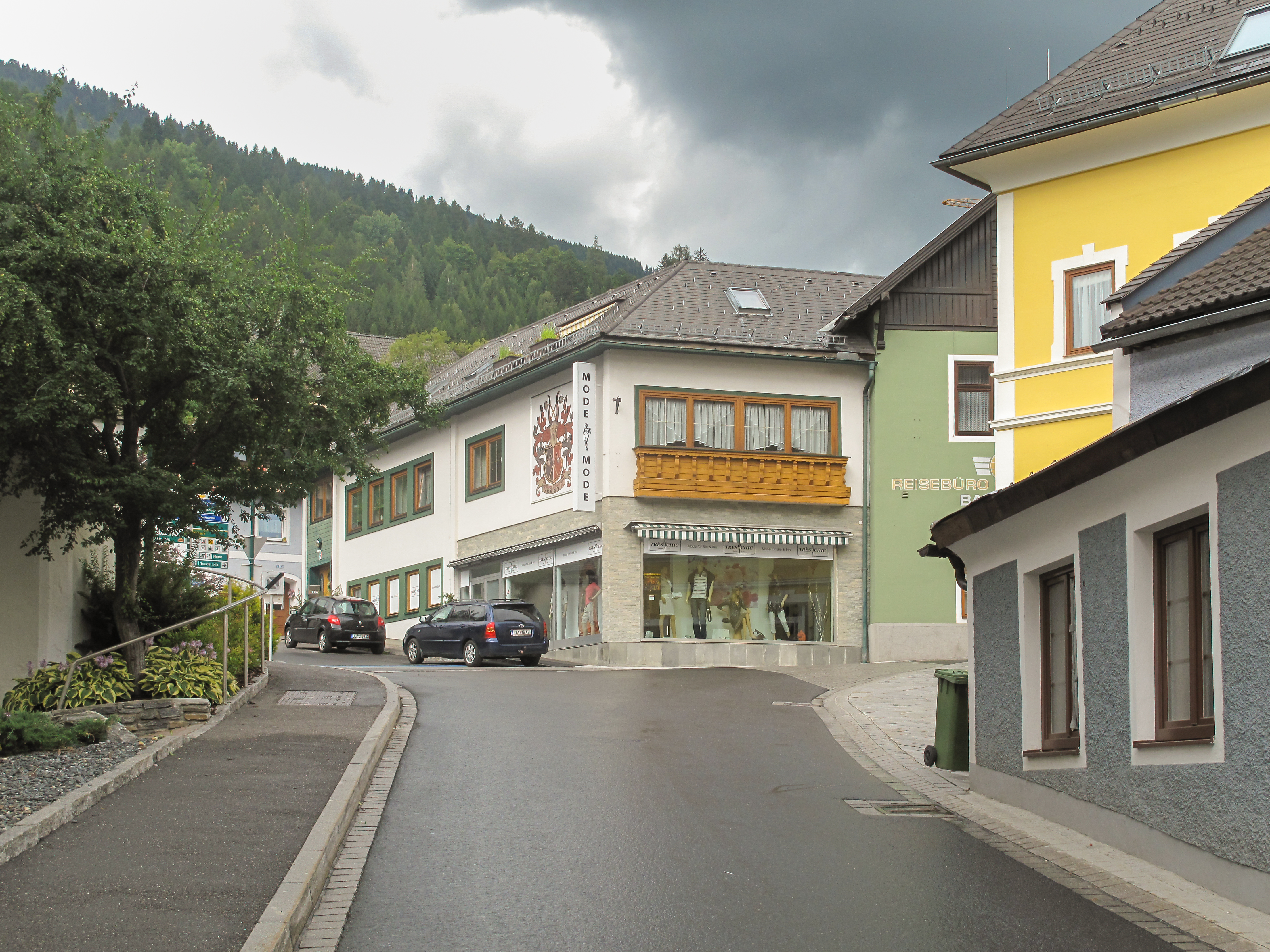 Sankt Michael in the Lungau ( Lungau dialect : Michee ) is a market town located at 1075 meters above sea level in the Lungau region of Salzburg. It is the second largest municipality in the district, with 3577 inhabitants (January 1, 2017). St. Michael lies in a valley at the foot 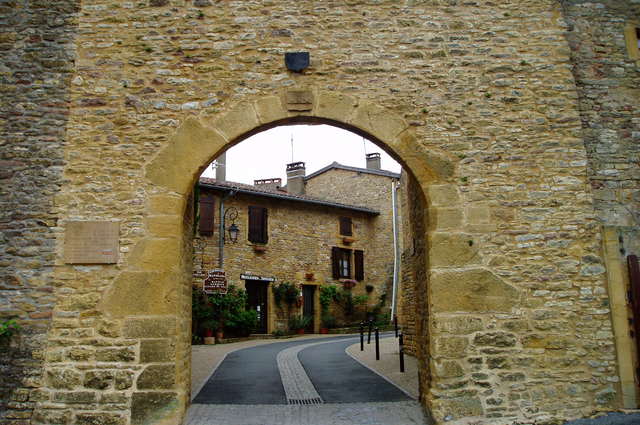 Oingt is a commune in the Rhône department of the Rhône-Alpes region in eastern France. It is a classified and restored mediaeval village overlooking the valley of the Azergues river and belongs to the Pays des Pierres dorées ("Golden stone 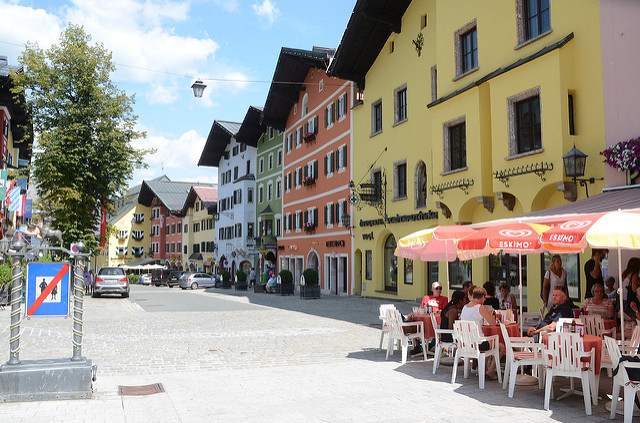 Kitzbühel is a small medieval town situated along the river Kitzbuhler Ache in Tyrol, Austria and the administrative centre of the Kitzbühel district (Bezirk). It has a population of 8,134 (as of 1 January 2013). The town is situated in 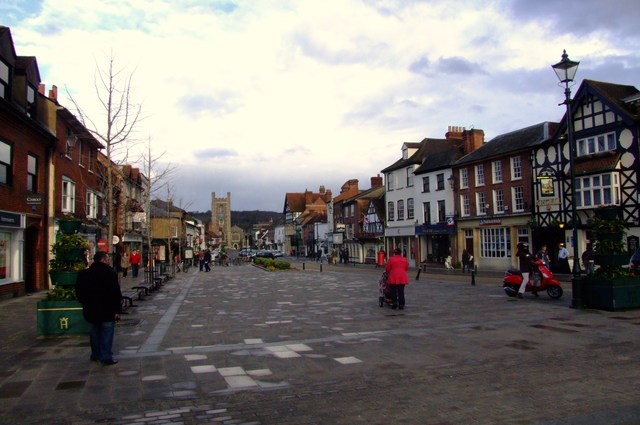 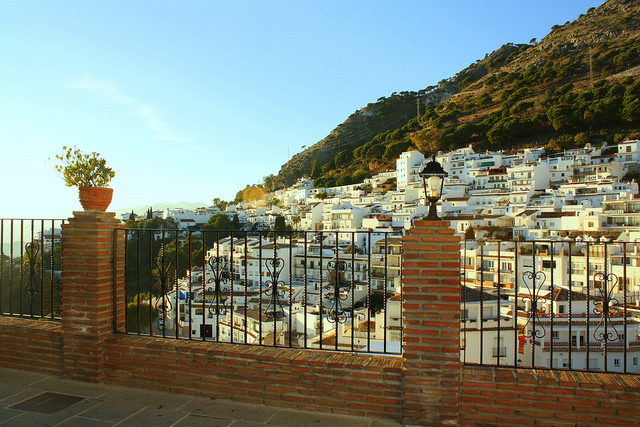 Mijas is a town and municipality in the Province of Málaga, in the autonomous community of Andalusia. Located on the South-Eastern coast of Spain, Mijas belongs to the region of Costa del Sol Occidental. Its centre is a typical Andalusian 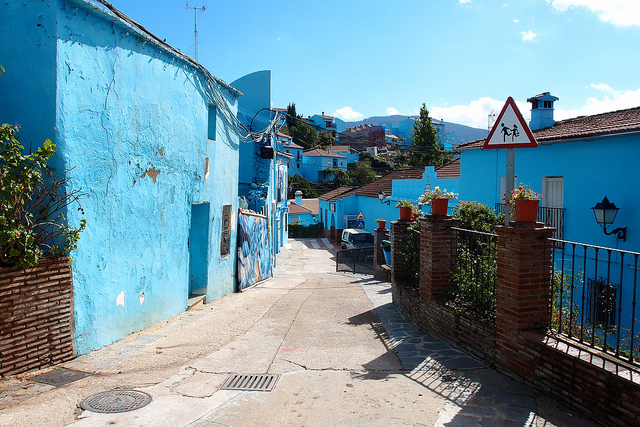 Júzcar is a town and municipality in the province of Málaga, part of the autonomous community of Andalusia in southern Spain. It is situated in the east of province in the Valle del Genal. The municipality is situated approximately 22 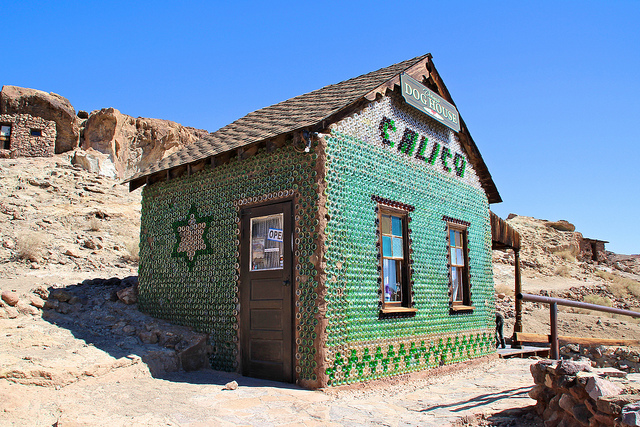 Calico is a ghost town and former mining town in San Bernardino County, California, United States. Located in the Calico Mountains of the Mojave Desert region of Southern California, it was founded in 1881 as a silver mining town, and 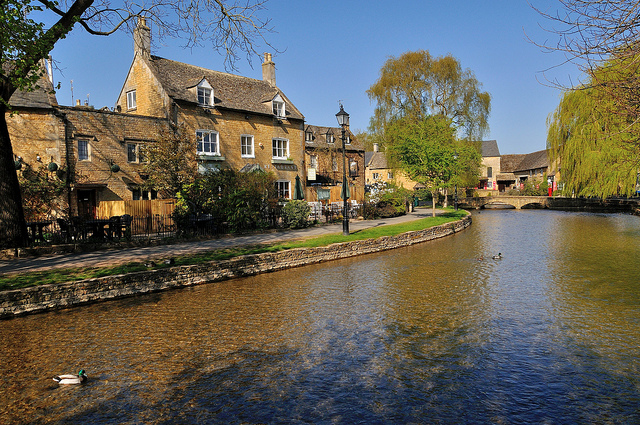 Bourton-on-the-Water is a village and civil parish in Gloucestershire, England that lies on a wide flat vale within the Cotswolds Area of Outstanding Natural Beauty. The village has a population of 3,296 inhabitants at the 2011 census making it a 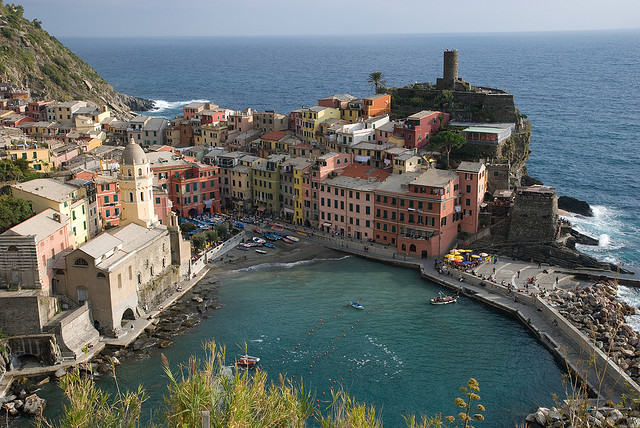 Vernazza (Latin: Vulnetia) is a town and comune located in the province of La Spezia, Liguria, northwestern Italy. It is one of the five towns that make up the Cinque Terre region. Vernazza is the fourth town heading north, has 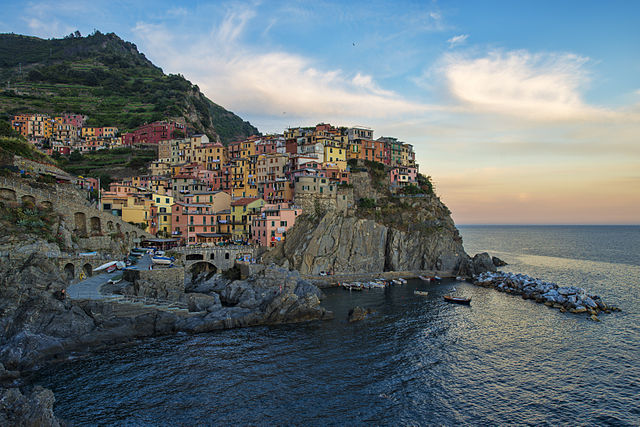 Manarola (Manaea in the local dialect) is a small town, a frazione of the comune (municipality) of Riomaggiore, in the province of La Spezia, Liguria, northern Italy. It is the second smallest of the famous Cinque Terre towns frequented by 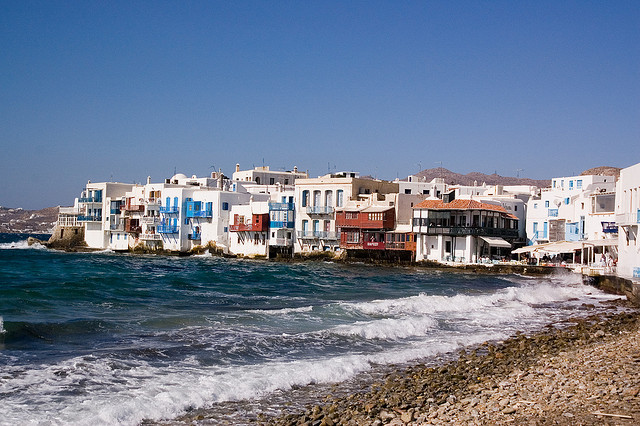 Little Venice is one of the most romantic place in the whole of Mykonos. The neighborhood of Little Venice is replete with elegant and gorgeous old houses that are situated precariously on the edge of the sea. Many a discerning 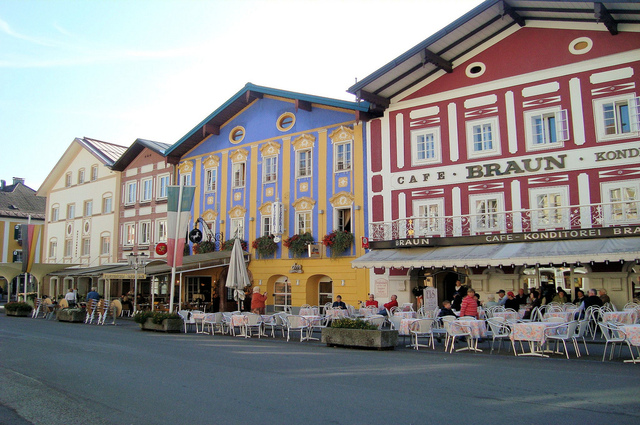 Mondsee is an Austrian town in the Vöcklabruck district in Upper Austria located on the shore of the lake Mondsee. The length from north to south is 9.5 km, and width from east to west is 7.7 km. The cloister 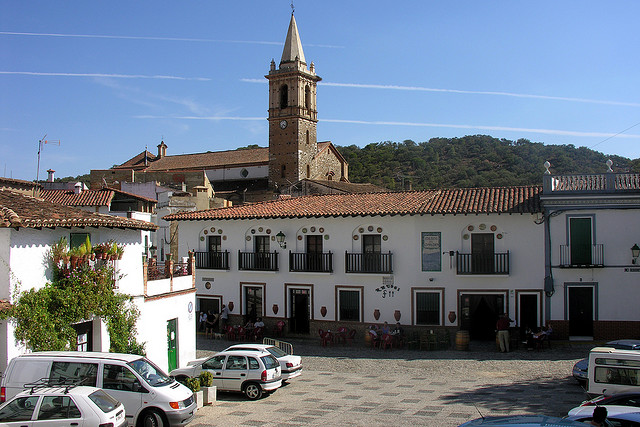 Alájar is a town and municipality located in the province of Huelva, Spain. According to the 2005 census, the city has a population of 771 inhabitants. The population of the town has remained under the 800 number for the last 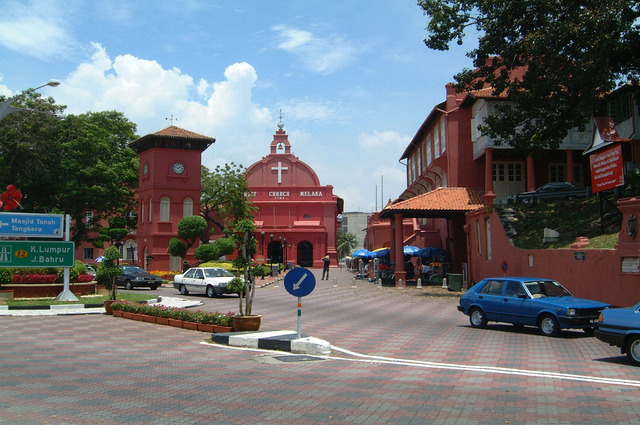 The Stadthuys (an old Dutch spelling meaning "town hall"), also known as the Red Square, is a historical structure situated in the heart of Malacca Town, the capital of the state of Malacca, Malaysia. Situated at Laksamana Road, beside the